For those out there who know me, they can confirm that 2012 was my breaking point with Mattel and their continuous quality control issues, not to mention their inability to finish any toy line they start! So from that point on I committed to downsizing my collections considerably and concentrate on a couple DC Collectible lines, Marvel Selects from movies and ART from local and professional comic illustrators! I was somehow intrigued with the idea of having something either unique or even created just for myself as a new way to express my collecting interest. Enter: Comic Illustrator Steve Scott!

I met Steve through my buddy Jason Q on Facebook. Of course, as a comic fan, when you actually meet the artist known for his work on the infamous Batman #713 (The issue that led into the DC52 revamp), it is quite a cool and exciting feeling. Besides that famous cover, he is also known for his work on X-Men Forever, Batman Confidential, Hulk, She-Hulk, The Avengers, Fantastic Four and JLA. Check this pic out and below you will see why it is so special! 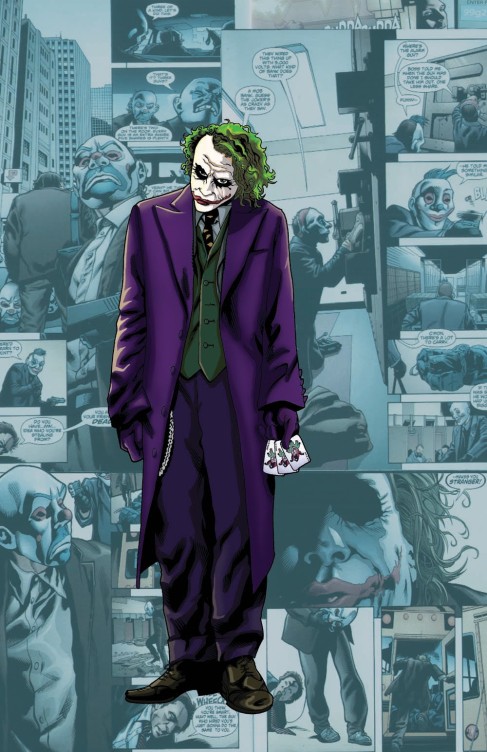 Steve has the distinct honor of being the only artist to do comic tie-ins for the “Batman: The Dark Knight ” movie. A very cool fact is that he is one of the select artists whose work hangs in the personal gallery of director George Lucas! So as you can see, this guy is very respected in the comic and art world.

So, on with my awesome and personal experience with this great artist! 🙂 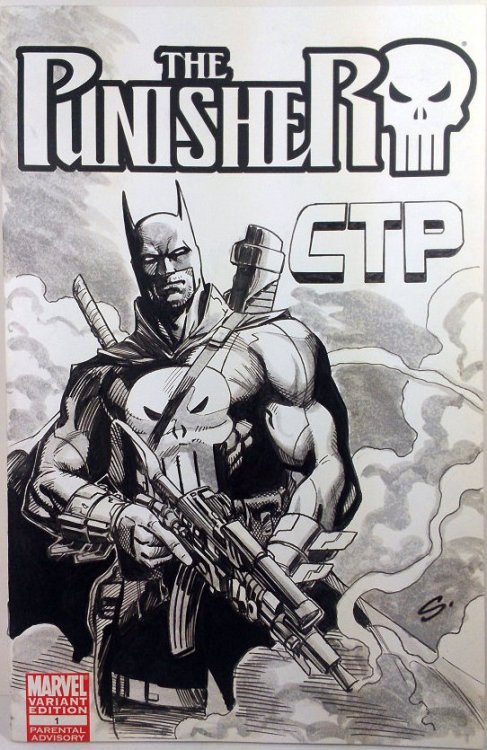 The cover you see is a one of a kind and in my personal collection. It was a comic dream of mine to hopefully see one day a Marvel and DC Crossover like the old days where Batman and The Punisher somehow became one in the same. Well after Jason informed Mr Scott of my request, he finally was able to get on it and completed during the Free Comic Day last year at 3 Alarm Comics in Mississippi. The CTP you see on the cover represents Collector’s Trading Post on FaceBook. A group I had created awhile back, with the sole purpose of having a place where collectors can help collectors without the gouged and obnoxious pricing of other groups or even Ebay. I have since turned CTP over to two of my very good friends, Bill and Rick. To this day, they still carry on the tradition and I still assist in articles and news as time permits.

There is a very funny twist to the above cover though! Once Steve completed it, Jason had called me since he works part-time at the comic shop, with the news that someone had already offered $60 for it and they decided to put it up for auction (mistakenly of course)! LOL, I was like, “Oh Hells No!” So I immediately dropped $100 to deter anyone else from claiming what I had already considered mine! One thing you should know is that Steve is one of the most giving and friendliest people I have had the pleasure to speak and/or deal with. All proceeds from all of his auctions go to local charities and not in his pocket! That is something that speaks miles for a person! 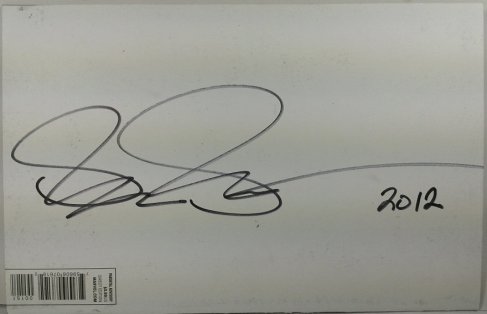 But my story does not end there! Since there was a major communication error, I asked if he wouldn’t mind hooking a brother up and signing my copy of one of his most famous comic illustrations to date: BATMAN #713! He informed me that it would be his pleasure and here is that very same issue that is displayed in my “Man-Cave”!

Let me add some more visual brain food and show you the picture that Jason sent me as Steve signed this iconic piece of comic history:

Yes, I must say that an experience like this is something a comic fan or collector will always remember and be thankful for! As a father of 2 small boys, I look forward to telling this very same story to them when they are older. When that time comes to turn what was once mine over to them, they will have 2 very special pieces of comic art and history from a great and talented man, Steve Scott! I leave you with a close up of his signature from above! So, THANK YOU STEVE and thanks as always to everyone for your support! Please check out Steve’s other work  and find out what he is up to on the following links: