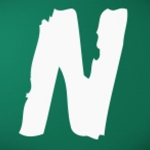 I should begin by saying, this is my opinion. My experience may not be typical, although I am seeing some angry waves in various places in the G.I.Joe fandom.

The club is run by funpublications. I have never been a member of the club until recently. In the past I have not seen enough value in their products to justify the cost, and often the product itself did not interest me as they focused on original o-rings rather than the new sculpt era for a time, and have often made figures i feel that even as a novice customizer I could replicate.  I also knew of many who had bad experiences with the club, and last years credit card security issues, and the extreme delays of the FSS which concerned me.

A few factors lined up this year for it to be my first con. I no longer live in the boonies of Alaska, I can actually drive to this con, I’m not as broke as some of my past years, and Iwas really impressed with last years con set, Footloose. I figured at least it’s a once in a life time opportunity and that I’d probably have no issues, but guess what, I had several problems today as well!Like everyone else, a heads up that the registration was going to go live is a MUST. I didn’t want the golden ticket, but if I had I wouldn’t have been able to get one. i found out out via facebook through What’s on Joe mind’s page, if it hadn’t been for that, i had a busy day planned and likely wouldn’t have even known till an hour ago.
Once I got into register, and used my card it gave me an error, told me i had no items in my cart and to try a different card or to call them. So I tried to call them, both numbers were busy. Fear was setting in. I already had my hotel booked, what if I couldn’t get a set.
There was nothing wrong with my card, I confirmed that, and tried again. The issue? I had to list my current address incorrectly to match the billing address, it wouldn’t let me register unless those two matched. Why on earth does my billing and shipping have to match? I just moved not everything matches yet, and what about people with P.O. boxes? For years I lived in a residence which didn’t even have a mailbox, would I have encountered issues then?
Then I get a call from credit card company, an alert for potential false charges. Who was making these charges? 3 charges from the club! according to the error message i wasn’t being charged! Tonight other people have told me that has been an issue in the past, if so why hasn’t this been fixed?The entire experience wasn’t pleasant, i was no longer excited about going to my first con, I was upset and nervous. I wasn’t thinking about this was my hobby and a means of stress relief, my stomach was turning in knots.
And the figures themselves this year? Are in my opinion are some of the worst figures they have ever put out. Teal? Hit n meh? super hero parts and neon colors? Don’t get me wrong there is a couple I like and will keep (Asp and probably charbroil), the others will probably be spaced out as prizes on the forums. but I hate that i have to buy figures i don’t want to get into the panels.
I’ve always tried to stay neutral on the club issue and I understand that no business is perfect.  But I kept noticing issues that bugged me this time around. Why didn’t I know the price of the hat and shirt etc. in advance of registering? Why do I still not know if that showing of Joe will be in imax or not? Why was i given a time limit for registering, but then told to read everything carefully. I refuse to believe anyone read all of their terms of service, it seemed deceptive.

If your heading to Indy, I’ll see you there.