Chuckles and the con attendee exclusive free vehicle are next up for my continuing series of reviews for Joe con 2013 review items (all will be on the page joecon2013 for easy and grouped viewing.)

First up is Chuckles, who is no longer sports a silly bright shirt, and goofy pop eye arms (as he did in the 25th era release.)

Chuckles now comes with a 25 th viper torso, renegade duke arms, upper poc wave 3 legs and lower legs used in various places like DG shipwreck but I am unsure of their first usage. Some of these parts have become nearly uniform with their re-use, and that’s okay because it’s only near uniform, things are still changed up and colored differently, and we still get unique looking characters, and the fact it helps Hasbro or in this case the club keep costs down only helps us get more of the new and unusual tooling.

I apologize for the washed out look of this pic, please keep in mind I took it in a hotel room the night I received the figure.

His shirt his still flowered helping him be easily identified as chuckles but with a much more believable look. The best is a nice tactical touch, and it’s good to have the optional hoslter but they two do not work well together.  Without the vest his lack of belt is obvious, but it’s not that troublesome.  some are not a fans of this head, but i feel it’s a good head, and it’s not necessary to match the old version exactly and I appreciate the consistency. I actually think this will replace the current normal chuckles on my shelf.

This vehicle is really hard to get someone to set on and look natural and sense i was in a rush, i just gave up. The legs of the new figures are just to long for them to fit well in a proper sitting position. 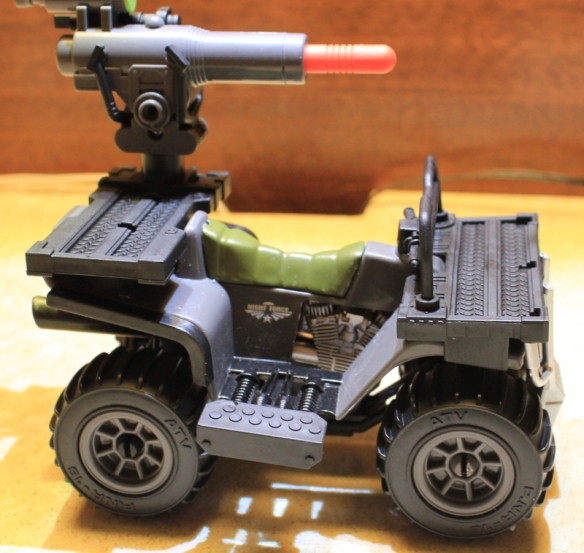 The club attendee exclusive freebie has often in the past been small alpha scale vehicles that haven’t got me excited. This one is no exception. Its not terrible, and it’s an extra thrown in, and matches the night force look of the figures well. It was originally set to come we a blue seat, but thankfully was changed t a muted green.  it may have a large red firing missile, but the colors on this thing are great. It reminds me of what Sgt. Stone drove up in the Rise of Cobra movie. 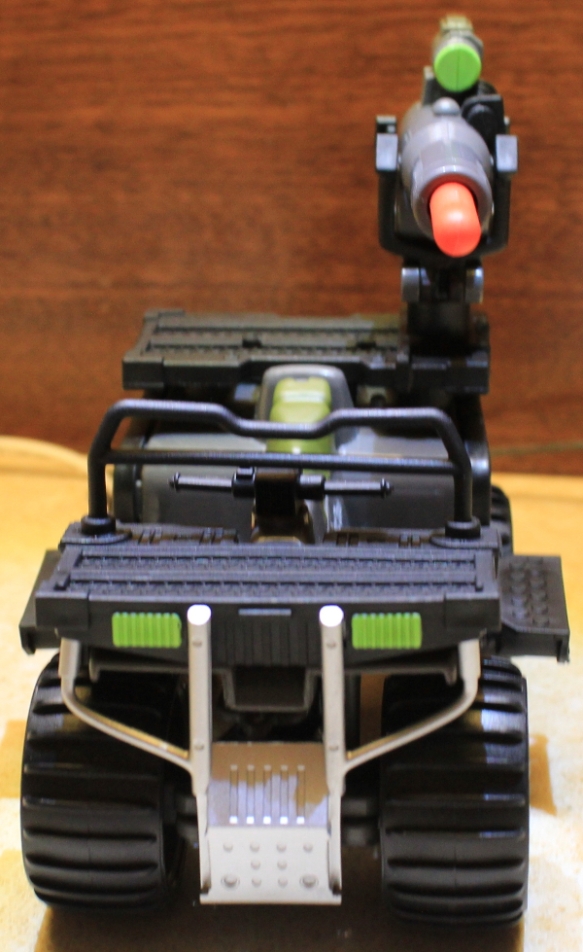 I feel it’s flaws are in the mold, it was designed originally for oler figures, and it has a boxyy look. You can’t blame that on the club, they use what they can, and I feel this is the best they could have done with it, so not my score on the product, but on the club’s effort here and paint, 10/10

the product itself with the sculpt? well 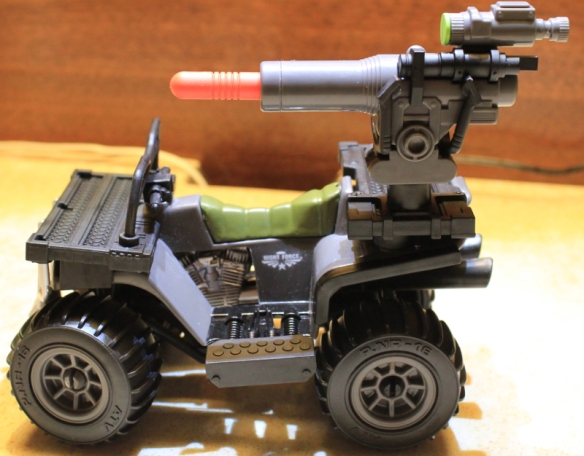 The rocket didn’t really need to be red, it could have been glow in the dark, but  at least it comes off as a nice standing piece so it’s one of the most acceptable missile launchers in the line.

and it even has good detail underneath.

I’d score it just the middle 6/10 because of the boxy mold and the seat issues.