Hello All!  I’d like to do a quick showcase of one of my absolute favorite graphic novel series.  Growing up The Adventures of Tintin was one of my favorite reads and as I’ve been re-reading them again recently, I’d like to do a showcase so you to can enjoy them as well.

In the series, Tintin a French reporter along with his dog snowy travel the world to various places solving crime cases and unraveling political intrigue along the way.  The books are somewhat comical, but also give a fantastic snapshot of the period of history during which they were written. (1930s – 1960s).  Each book is its own adventure however some of them do interconnect (almost like a TV series).   Some of them are self contained fictional stories, while others he becomes deeply entangled in actual historical events.  They are light hearted, action packed and a great read for anyone looking for a good adventure graphic novel.  I hope you guys enjoy these books as much as I have! 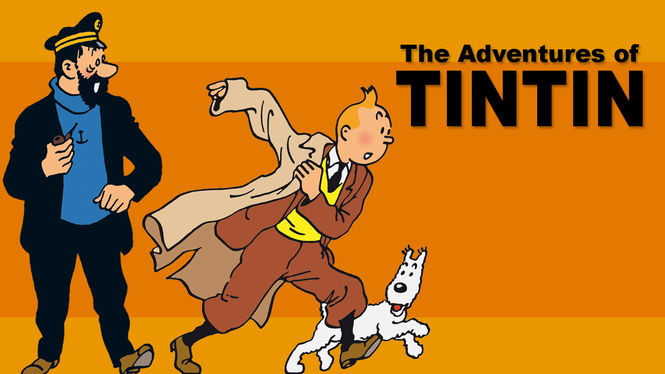 With all the hype of the latest starwars film out, I had to look into the science behind planetary destruction…  Because after all what’s science fiction without the science?

Check it out below!

If you are a back to the future fan, you may recall that on the 21st of this month.  Marty Mcfly will be showing up to what to him is the future.  And the Future is Now!!!

Pepsi Co. has announced that to honor this event, it will be recreating the unique bottles displayed in the film.  Only 6500 are scheduled to be produced and are likely to become a collectors item.  You can find out more here.

‘Ello all you Nerd Fans out there.  I know, it’s been a while since I’ve put anything up.  BUT…  With the summer I’ve had tons of time to game and I just finished playing through Portal 2.   If you are not familiar with the portal games 1 or 2 I highly recommend them.  The concept is fairly simple.  It’s a puzzle solver game in which you have a portal gun which connects space (like a wormhole) between two surfaces at which it is fired.  However, only specific surfaces are portalable and you can only have one portal open at a time.  You are placed in a series of mazes, challenges and puzzles which you must solve using your portal gun.  The game does have  a plot line however, I will refrain from giving too much spoilers here.

So I will start with what I liked about the game.

Unlike the first one, the plot line does move fairly quickly, and has some more variety to it.  It’s also cool because you get to learn some of the back story behind Aperture Laboratories.  That was one of my chief complaints about portal 1 was that the plot line although good was really slow.  Moving from test chamber to test chamber the focus was on the testing not necessarily the plot.  However, in portal 2 they have fixed this.  The plot advances after almost every test chamber with a few exceptions and there’s more areas to explore with things to find which enlighten the plot.

The game also adds new puzzle content including tractor beams, light bridges, and a number of gels which you spray on stuff to change the properties of the surface.  This adds a new dynamic to the portal experience which made it very enjoyable.

The other really attractive feature of the game is the introduction of a multiplayer mode.  If you are connected to another player with the game there is an entire smaller second storyline for you to play through as a pair of testing robots.  This is also very fun and adds a whole new challenge to the testing experience as you must rely on your friend and use teamwork to solve the test chambers rather than doing them alone.  You can have twice the portals but they also in some cases have twice the challenge.  And…  limitless opportunities to get your friend  crushed, melted, thrown of a ledge or blown up ALL IN THE NAME OF SCIENCE!!!!! So have at it boys!  Your test chambers await.

Of course no good game can go without at least little criticism.  My criticism of the game is mostly that the restrictive nature of portal 1 was not really changed in portal 2.  The areas to go and things to do are essentially limited to either what is in the test chambers or what immediately advances the plot.  All the tests have pretty much one solution and you either figure it out or get frustrated, smash your face into your keyboard and look it up on the internet.  But either way, the game leaves no room for variation in what the player chooses to do or where to go.

That being said, I still think this was a great game.  It was extremely enjoyable and I think the things they did right with out definitely outweigh my complaints.

Check out this girl discuss space in various video games.

What kind of Nerd blog would this be without writing a short tribute to Leonard Nimoy.  Long will you live in the memories of Trekies everywhere.  Your contribution to the world of Sci-Fi has been unparallelled.  You will be missed.

[SPOILERS ALERT]  If you like anime and haven’t seen this move yet go watch it.  It was good.  I recommend it.

Naussica, a young kindhearted princess of the valley of the winds gets caught up in a conflict between two large empires fighting over resources in a post apocalyptic world.  The story is set in a semi – steampunk like world where medieval and modenish, technology are combined in a unique hybrid.  Meanwhile a large toxic forest slowly grows taking over the land year by year.  Actually, the forest was set in motion to purify the earth from the pollution of mankind, but it also happens to be toxic to us and filled with massive insects that drive the process.  In any case, when a giant warrior from olden days is discovered with the power to inflict nuclear destruction upon the earth, one of the empires wants to use it to obliterate the other empire and the forest.  However, plans go wrong when the vessel carrying it crashes in the Valley of the Winds due to the insects which defend the forest.  The empire then invades the valley and drags Naussica and her people into the conflict.  She then through great acts of heroism and some prophetic fulfillment has to accomplish the challenge of stopping both the empires and the insects of the forest from completely overrunning and destroying her valley, in the process sacrificing herself to stop the swarming insects and in doing so demonstrates her love and goodness.  She is then reanimated by the giant insects and the world is more or less saved.

Overall the story is an excellent one of heroism, self sacrifice, love (but only a hint of romantic), and epic determination.  Naussica is an excellent representation of a classic heroine who embodies all of the best qualities of humanity and fulfills a prophetic mission.  She demonstrates through her act of self sacrifice and kindness towards all what love really means and shows how to live it out.

One last side note, the film is based off of a manga series, so if you like manga graphic novels you can read this one as well.  I haven’t read it but I hear it’s decent although somewhat different from the film.

Someone added some additional footage to the explosion of Alderan scene in Star wars.

Hey guys!  Sorry, I know it’s been a bit since I’ve posted anything.  But here’s the latest.

A friend of mine is running a mine craft you tube channel.  You should all subscribe to him and learn from his wisdom.  Anyways, enjoy!!!

I discovered someone constructed a massive recreation of the Pillar of Autumn out of legos.  Check it out HERE.

one image mirrored below: