After making an agreement for mutual use, and giving over the FB page attached to the .com I purchased, and purchasing  a new .com, I thought things were over. Boy was I wrong !

This doesn’t have everything, but here is plenty enough for now. 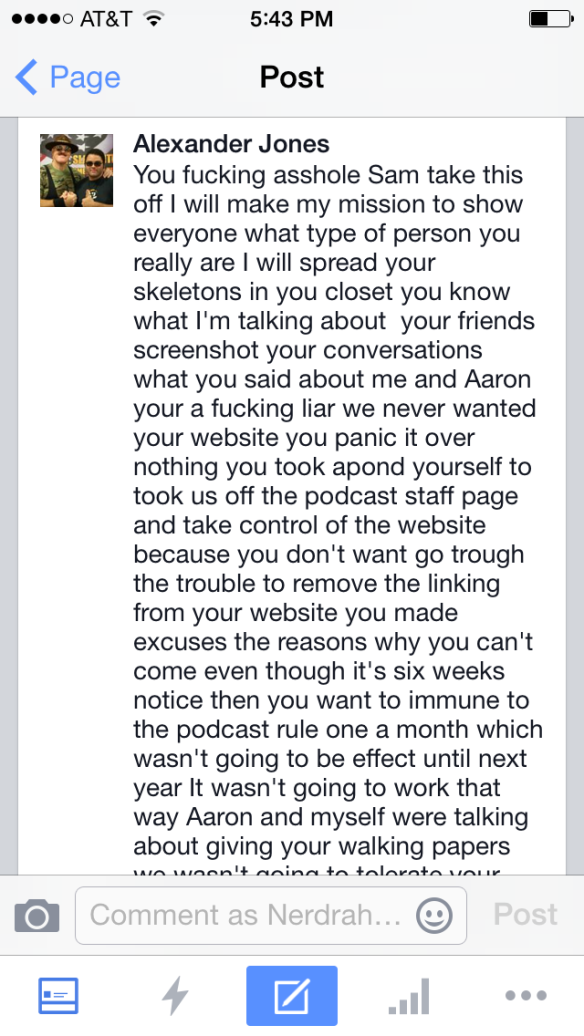 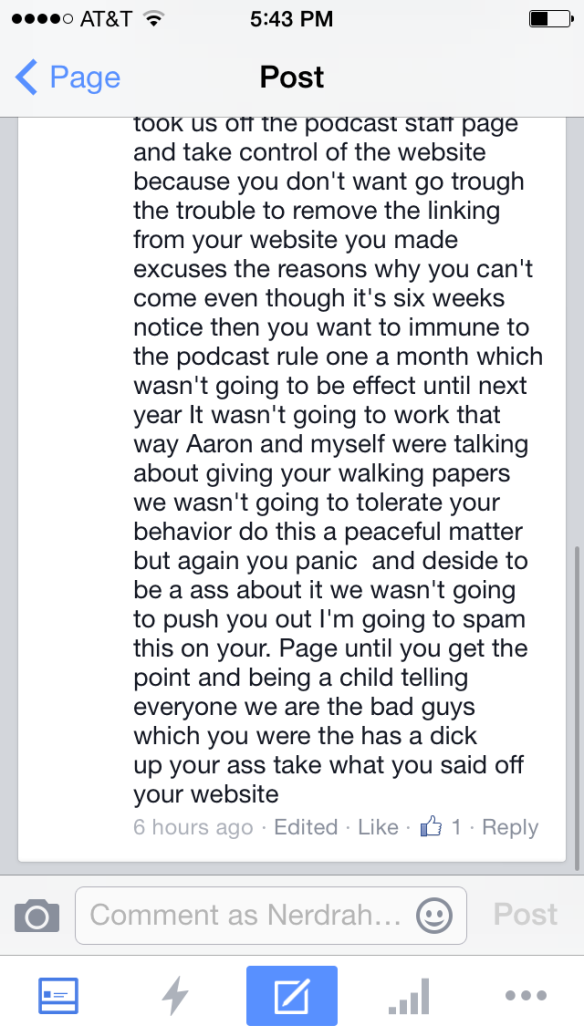 I did as agreed! this response was outlandish and nonsensical.

You see I wouldn’t let Aaron kick me out of a partnership if I didn’t agree to do a certain amount of podcasts a month, especially when I was named by name in the group.

This was an intense threat and I have  a voicemail to match it.

Here you can see his agreement to mutual use and right back to back with demands I take it down.

There you can note that they are saying they never consented to use of audio, yet you can see above that they did. They also said they didn’t want the website, yet I’ve already shown the letter, allegedly from a lawyer, that they did want the .com.

And it just kept going. Here are some images from the website.

You can note some of the above occurred on posts that had nothing to do with our past work together.

Aaron is also make contradictory claims of being either sole owner, or in partnership with Alex.  You can see more below, some of the attacks on the podcast garden page. 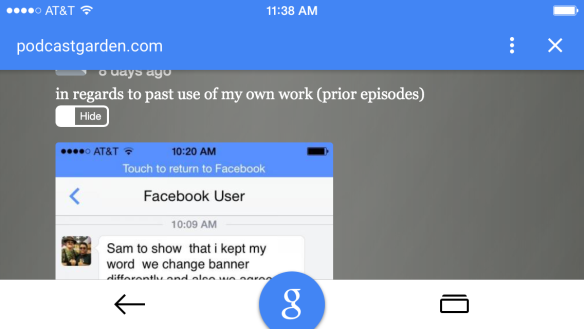 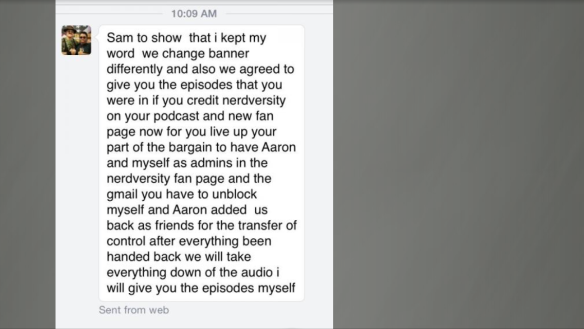 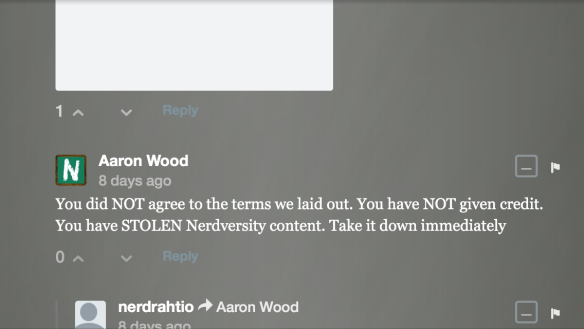 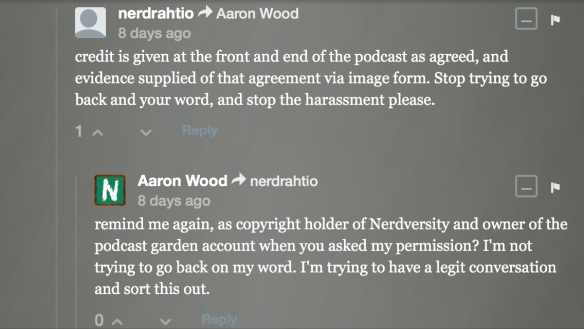 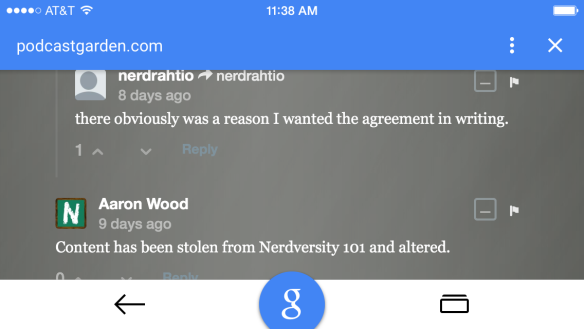 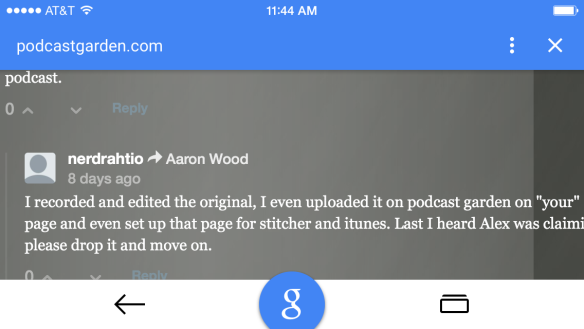 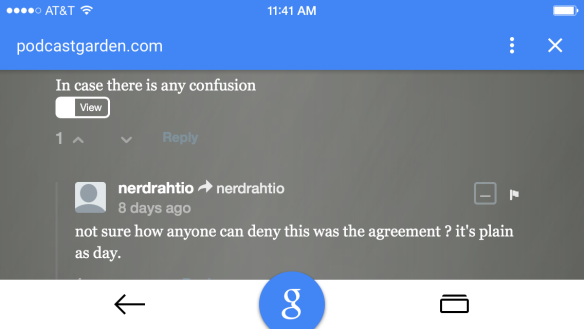 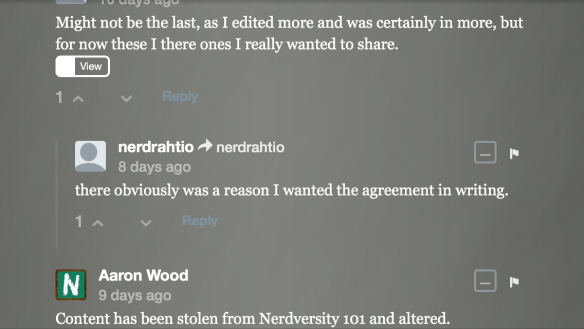 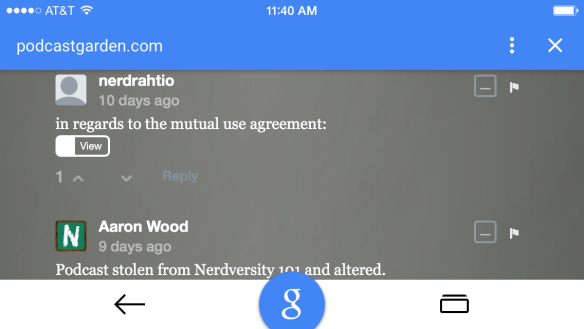 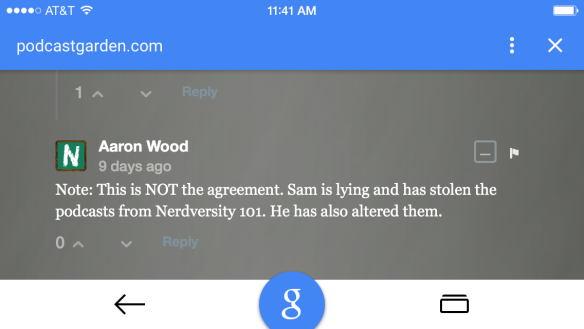 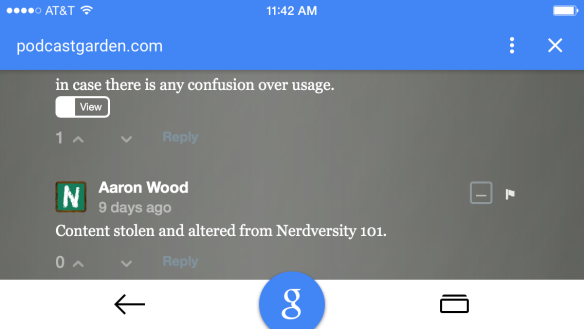 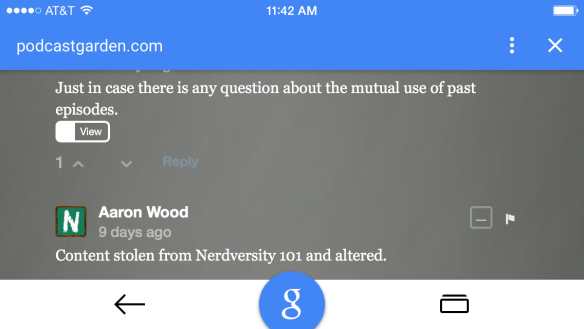 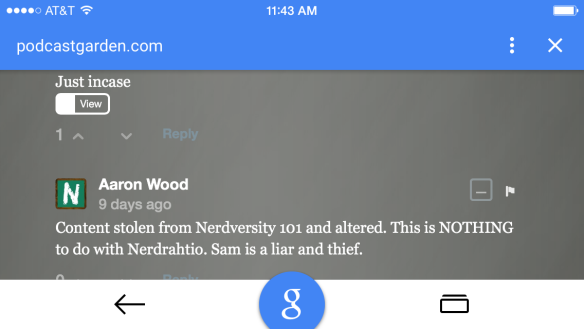 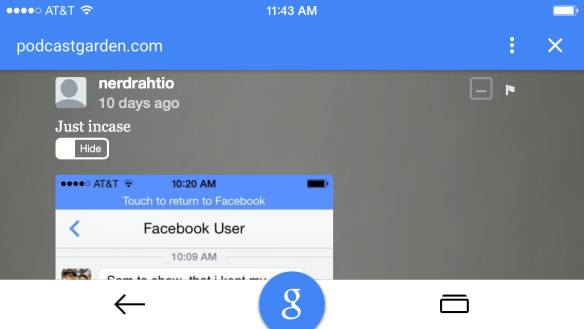 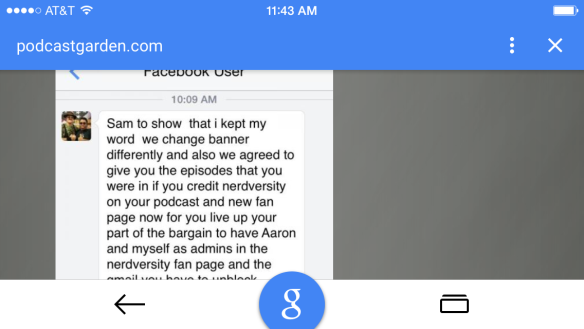 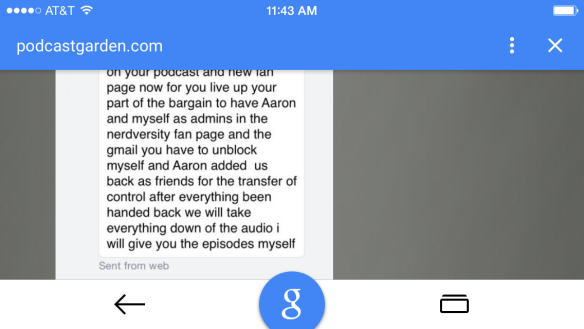 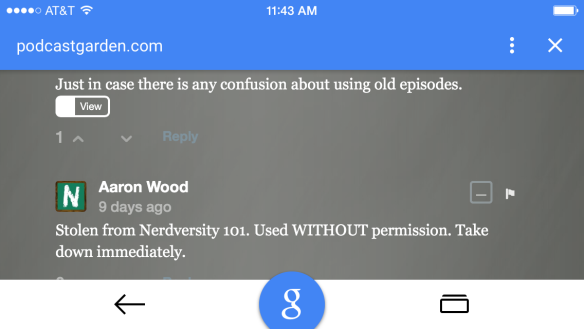 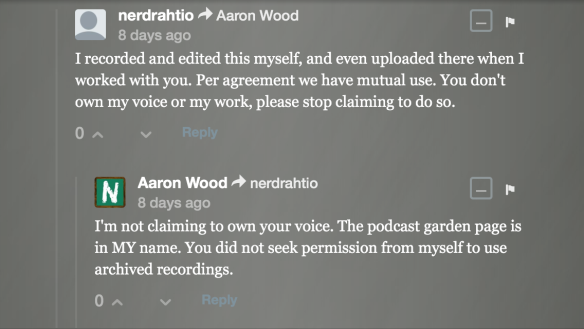 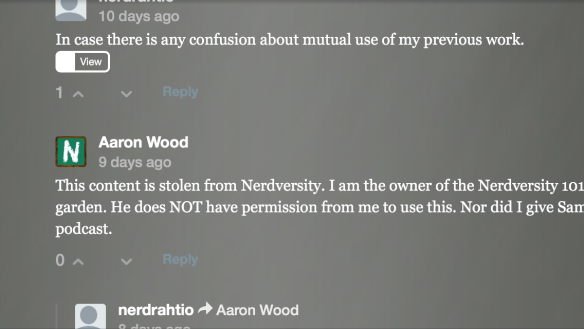 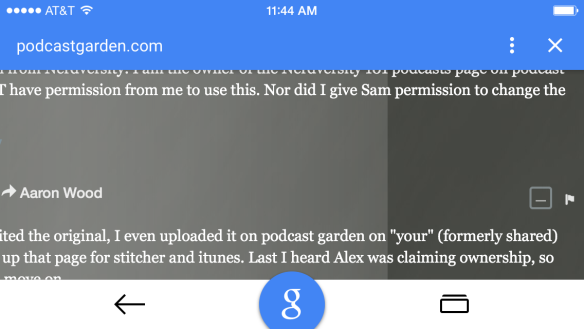 There was also twitter attacks and plenty of e-mails.

Because of the seriousness of the e-mails, I’ll likely be adding some of them later.

for now: if you want a few images specifically about the Logos/ you can go HERE.