me and the Lil nerd open up Funko Paper craft Batman set. I attempt to review it as I put it together, and my son plays away with the included pieces. Provides some fun background pictures, but the middle section of the diorama needs help being flattened out, and obviously being paper kids can tear them.  If, after watching the video below, you think it’s up your ally then scroll on down to see where to buy it.

You can grab this item at a good price below on Amazon. This is an affiliate link, meaning I may get a small percentage of the purchase sent back to me, which means you could get cool stuff, and support this website at the same time!

I hear echoes of Albert Camus and Louis Borges as the Red Hood lectures a battered and helpless Bruce Wayne in the flaming remains of his apartment.

“The randomness, the empty center. Stare into it and try to find meaning, you’ll go mad.” Camus could’ve written that – but it was Scott Snyder giving some tremendous depth to his incarnation of the Red Hood and flexing his writerly muscles in this philosophical and action-packed installment of Batman: Zero Year.

Snyder has done an incredible job with this villain. Its engrossing to try and see things from a villain’s perspective and Red Hood’s is a belief so common that it could easily be you or me beneath that mask. If you’ve ever been a few car-lengths behind a vicious auto accident, or if you’ve ever said “That could’ve been me…” You may be the Red Hood, and that is a brilliant feeling to take away from a comic book.

The villains aren’t the only ones who get their fair share of character development in this issue. Young Bruce Wayne continues down the path fate has drawn for him as he becomes Batman and we get a welcome but brief look into some more violence in Alfred’s past.

The artwork by this team continues to be great. While Capullo’s drawing is a little too Saturday-morning Cartoonish for my tastes, Miki takes a lot edge off with using dark colors and shading reminiscent of the film-noir era the World’s Greatest Detective was born out of.

Batman #23 is, in my not-so-humble opinion, the strongest showing of the Zero Year story arc so far and any fan of Batman or existential philosophy is doing their self a disservice by not picking it up while there may be some still around.

To read more of Steve’s Reviews or to follow the comic book shop he works at check out Games and Comics (London KY)on facebook.

Batman’s villain the Joker is just as iconic as the dark knight himself. While some might debate Ledger vs. Nicholson, fans of the 90’s animated series could easily point to Mark Hamil’s incarnation of the character as the voice they always hear in their head. The laugh he pulls off will forever be the joker in my mind for sure.

Recently i discovered that Mark Hamil wasn’t the original pic for the role, it was originally set to go to Tim Curry, but his take was deemed too scary for a kids cartoon. Below is a rare youtube clip that i have to agree is somewhat scary even as an adult!

Think now that Hamil has retired from the role we should get this back? Agree that he is too scary? let us know by jumping to the forum by clicking HERE.

Lego is coming on strong already in 2013 and wasted no time releasing their newest sets when the ball dropped in Times Square on January 1st! Of all 4 sets released in Wave 2 so far, ARCTIC BATMAN VS MR FREEZE: AQUAMAN ON ICE was so far the most exciting for myself. Lets look at the specs before I delve into my review: 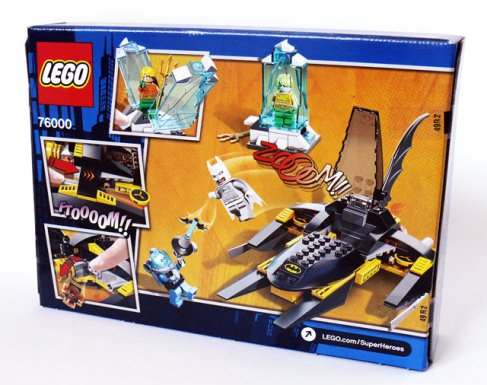 This was the first set I picked up from Walmart out of the 4 latest releases. The fact that both Aquaman and Mr Freeze were included made it a “No Brainer” for myself! Besides the 3 awesome figures, this Batman fan was super psyched about the addition of another tool in Batman’s arsenal: THE BATBOAT!! This thing is “Loaded For Bear”! Two discs you can fire, places to hold two Batarangs, Batbombs strategically placed in the rear to deter pursuers, a 3D screen for Batman to view and just an overall amazing piece of Batman Lego craftmanship! The detail inside the cockpit, as well as the outside is one of the best they have released to date! 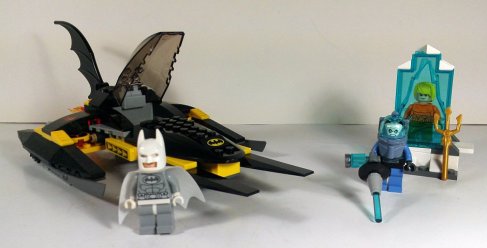 The old saying, “big things come in small packages” is so true when it pertains to the ice prison Mr Freeze captures Aquaman in. Designed with a lever on the side, Aquaman can break free when Batman comes to the rescue! 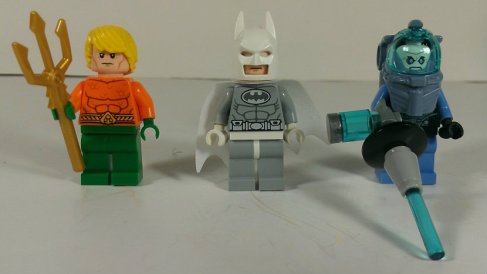 Of course I saved the best for last! What I do like the most is the figures! Lego figures usually sell by themselves for $10+. That being said, at a retail price of $19.99, I see it as great deal! The figures alone on Ebay would run you $30+! Aquaman was my “Golden Egg” since I am on a personal quest to assemble The Lego Justice League! Mr Freeze’s new design is great and gives me a Arkham City feel. Even though simplistic, the designers over at Lego Corp did one Hell of a job with Freeze’s gun as well! Artic Batman is a new variant that you can alongside of the ever growing Batman suits.

In closing, The Batcave is looking even better with this new set and I highly recommend you picking this up if you haven’t already! Now I must go and count my pennies in preparation for the soon to be released Arkham Asylum set ($169.99 OUCH!)!!

Let us know what you think of the product, or the review in our forums here. 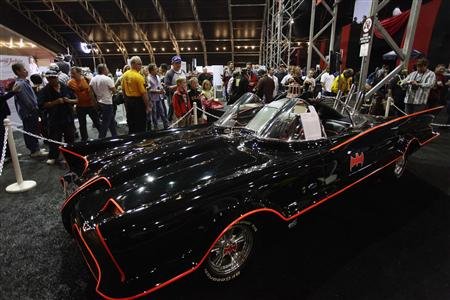 For the full story head here

To hit our boards, and daydream about owning such a beauty head here.

I’ll admit it, this is my cousins cake but I had to share.

Talk about it on our board here.