This post isn’t linked anywhere on the front page, if your here, it should be because I sent you a link to look at it.   The current claims are, I was never a part of nerdversity101’s creation, was never a partner, and that my former associates never demanded I give them the .com. It has also been stated they haven’t harassed me, but somehow I have slandered, labeled or harassed them.

(keep in mind I have more, especially in e-mail and voicemail form, but I figure this was enough for now)

So to start at the beginning: The current website begin HERE at the beginning of 2013 and in name continued a forum from around 2003 that only lasted about 2 years. It did’t take long for the new format to evolve more into a blog than a forum, and eventually the forum has disappeared all together.

Then here is where Alex comes into the picture, with me already having a blog, and actually already gathering ideas for a podcast, I encountered Alex looking to get a podcast group together.

Here is the beginning of our conversation.

we continued to talk just a bit until, 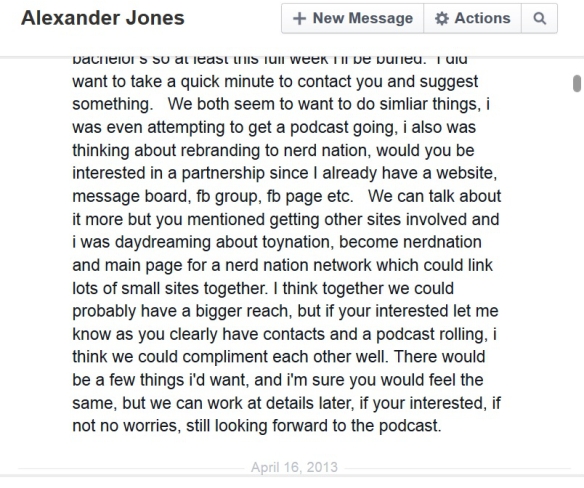 after this. We agreed to a partnership.

It was announced HERE on this very site.  on April 21st 2013, and occurred prior to my first conversation with Aaron. You can note that Alex and are Partners here, and Aaron is Alex’s co-producer, and isn’t actually listed as a partner!

Here is Alex seeing the announcement:

No correction, no qualifiers, nothing weird.  This too was before my first conversation with Aaron as well.

Initially we were to be called Nerd Nation, you can see that Alex posted that we were going to record OUR pilot HERE, again on this very site, after I had given him access to post as an editor.

I didn’t talk to Aaron until here:

Because their was a Nerd Nation podcast (that did seem dead) we picked a new name. That announcement can be seen HERE.  Note the spelling. We had gone with Nerdiversity After Dark, then Nerdiversity101. The name still wasn’t in it’s final form. I gave it the final form below.

Both Alex and Aaron have acknowledge this partnership later, but now in public are attempting to claim it never happened.

It’s probably a good point to show I bought the website domain. 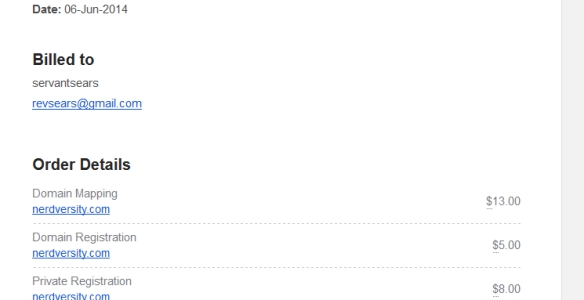 Originally the payment for the site was supposed to be split three ways, then they were going to pay some of it after the fact, those conversations occurred on skype. I can still point you to the first post as nerdversity HERE. Not I talk about the brand there.  This was just further unification of our partnership.

In the meantime I from time to time, would book guests, record, once even hosted, edit and upload audio, as well as creating the FB pages, etc. (more on that when I talk about the agreement) 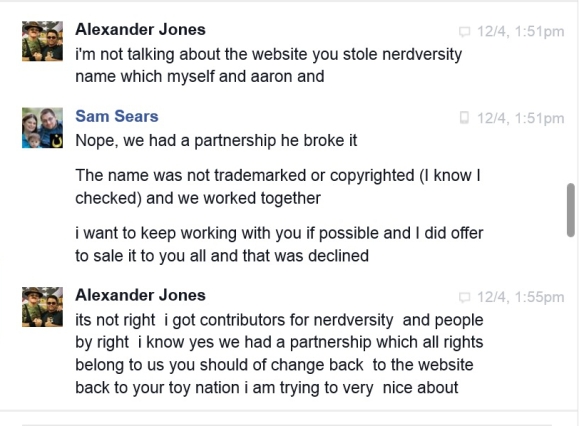 Aaron then refers to the partnership or merger a few times.

Note that I offered for him to buy me out. He said he didn’t want the content of the .com but wanted everything that used it’s name  and was associated with it (like the link facebook)

Note he also said he wouldn’t claim or use my images. Currently he claims he has copyrighted these images and is suing me for using them (even though I altered them and he admits they are mine here) 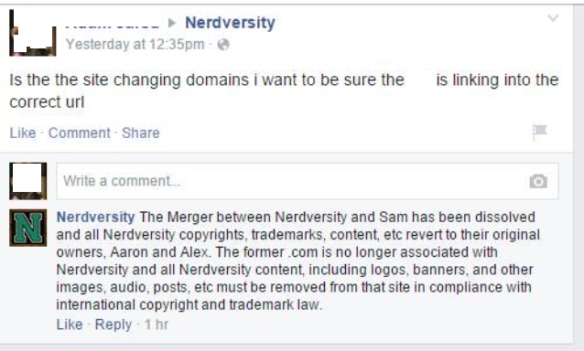 (person and site blocked to protect them)

“revert” meaning he is acknowledging I had them. Also if my partnership was with Alex how is Aaron dissolving it? Given the style of writing I’m confident this is Aaron, but even if it is Alex ending a partnership he is still acknowledging there was one.

You may ask what about the audio? That was edited and out of context. Alex and I were talking about Aaron. Aaron need to recognize the partnership, Alex promised to clarify that yes we had a partnership and even said Aaron was even removed (along with myself from the podcasters and staff group I created for us to plan in.

Here is a screen shot Alex provided me. 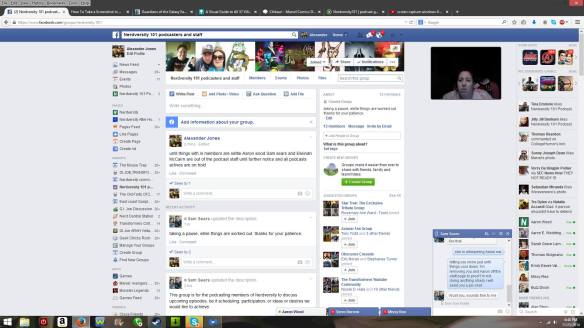 Did I one point remove pull him from being an admin? YEAP when he begin to threaten me I sure did.  Remember I created the group. when he was trying to tell me the website was unimportant etc. and I had do x y and z and not recognizing the partnership, I kicked him, as he was threatening to kick me out and I just beat him to the punch.

NEXT UP: Harassment pre- agreement.